The census is defined as the procedure of acquiring and recording information about the members of a given population. It is an official count of a particular population and occurs regularly. 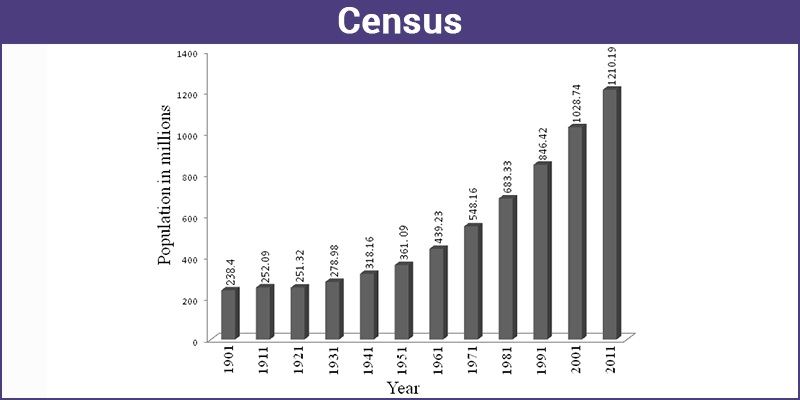 In other words, census data is an official count or survey of a population.

The statistical research can have two different forms:

Census is a process by which the required data of the people in a particular region is collected, compiled and published in expected span of time. Census includes the complete details of the population such as:

The information collected by census has many useful purposes. It helps the government to implement policies for the welfare of the needy, educational system plans, increment in modes of transport, budget planning and creating new employment opportunities.

The Businessmen use this information to know the need of the people and develop new business in the required fields. It helps the students to find the wages of employment and choose the field to study.

Census tracts are small areas where the big cities and adjacent areas are divided for statistical purposes. Tracts are primarily designed to be relatively uniform according to the population characteristics, living conditions and economic status.