Conservation of linear momentum is based on newton’s second law of motion which states that in an isolated system the total momentum remains the same.

Remember: In the above experiment we did not consider any loss of energy due to friction, heat, etc. and all the collisions were elastic in nature i.e. there was a total transfer of energy, Actual observations may differ.

Let’s consider a case where a football of mass \(M_2\) is resting on the ground, a bowling ball with a comparatively heavier mass of \(M_1\) is thrown at the football at a velocity of \(U_1\).

Mathematically it is given by,

Even though the momentum of each particle changes, altogether the momentum of the system remains constant as long as there is no external force acting on it. In a head to head car accident the momentum is transferred from one car to the other, but so much force is applied that the car structure cannot handle it, this is why a car wrecks. If the cars were able to deal with the amount of force, and the collision was elastic they both will move in opposite directions, considering their weights are same. 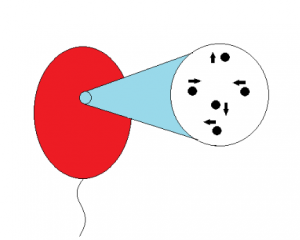 Having said so the energy of a system is always conserved, one of the best applications of the law of conservation of momentum would be in space travel, there is no medium in space to exert a force on, then how do rockets travel? Well, they eject matter at very high speed so in an isolated system the momentum should remain constant therefore the rocket will move in the opposite direction with the same momentum as that of the exhaust.